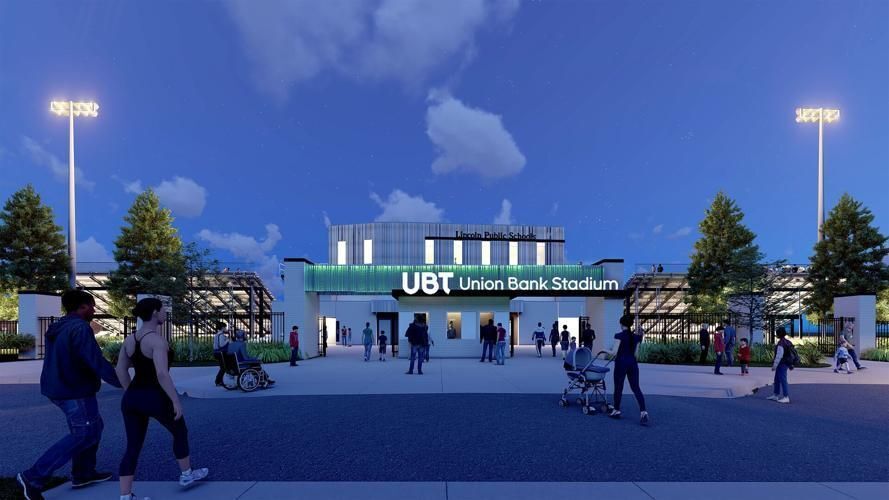 Lincoln Public Schools announced on Thursday that a community partnership between the Foundation for Lincoln Public Schools and Union Bank & Trust (UBT) will aid in constructing Lincoln’s newest stadium set to open in the fall of 2022. The Lincoln Board of Education will vote at the June 14 regular board meeting to accept a gift of $1.5 million from Union Bank & Trust. As part of the 20-year agreement, the stadium located near the new Northwest High School will be named Union Bank Stadium. Signage in and around the stadium at the activities complex will include the name Union Bank Stadium. “Over the years, Union Bank & Trust has repeatedly invested in our schools to aid us in our mission of providing more opportunities for Lincoln’s children,” said LPS Superintendent Steve Joel. “We are thankful to UBT for their continued support of LPS programs and allowing us to provide more athletic and activity spaces for our students to be engaged.” “Strong schools, and all the activities surrounding them, help to build strong communities,” said UBT Executive Vice President Jason Muhleisen. “We’re excited about this unique opportunity to partner with Lincoln Public Schools and support the students and programs of LPS. We look forward to welcoming fans of all ages to the modern new stadium in a vibrant, growing area of Lincoln.” "Lincoln needs more places for kids to play and perform,” stated Foundation for LPS President Wendy Van. “UBT’s gift will provide even more enhanced experiences for young people to build character and memories out on the field.” As part of the $290 million bond referendum passed by Lincoln voters in 2020, the Lincoln Board of Education invested $15.4 into phase one of upgrading practice fields at existing high schools and building two new activity complexes at the new high schools. The first football game scheduled for Union Bank Stadium is August 26 between Lincoln Northwest High School and Ralston High School. About Union Bank & Trust, Union Bank & Trust is a privately owned Nebraska bank that offers complete banking, lending, investment, and trust services, in addition to serving as program manager for Nebraska’s NEST College Savings Plan. The bank has 38 full-service and loan production offices in Nebraska and Kansas. It is the third-largest privately owned bank in Nebraska, with bank assets of $6.5 billion and trust assets of $46.8 billion as of December 31, 2021. For more information visit ubt.com. About the Foundation Established in 1987, The Foundation for Lincoln Public Schools is a 501(c)(3) not-for-profit organization nationally-ranked school foundation. We believe that all students should have what they need to reach their full potential. In order to accomplish that, we leverage the community to create opportunities that enhance the academic and personal success of LPS students and educators. To learn more, go to FoundationforLPS.org or call 402.436.1612.